What is the right age to begin music lessons? 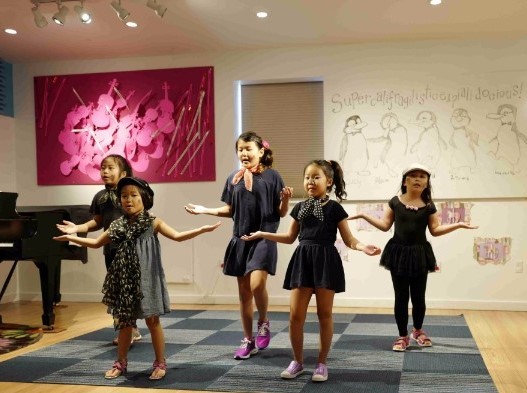 When parents visit Arete Music Academy, they often ask me "what is the right age to begin music lessons?" We've all heard many stories of famous music prodigies, such as violinist Sarah Chang who made her debut with New York Philharmonic at age 8 or cellist Han-na Chang who won first prize in Rostropovich International Cello Competition at age 11. Many parents feel the pressure to immerse their children in music lessons as early as possible in order to have them succeed.

There is really not a right or wrong answer to this. Instead, I like to ask parents "what is your goal for your child from learning music?" More than 95% of the time they would answer: "I'd like my child to be able to enjoy music for life."

I often tell parents that learning music is like learning a language. The earlier you begin the easier it is. For instance, if you'd like your child to speak Korean fluently, you most likely would introduce it at birth. Same applies to music.

"Music lesson" for children of ages two or under should be informal and can be done at home easily with parent as a guide. With music playing in the background, parent can create different musical activities with their child by dancing, swaying, singing or playing a small instrument together. Each "lesson" can be as short as 10-15 minutes and should be done regularly as part of daily routine.

Between the ages of two and five, it is time to introduce more formalized "music lessons." The goal here is not to play an instrument, but to further develop musical skills, such as identify a beat in music, able to sing or move in rhythm, or differentiate the sound of various instruments.

By age five or six, most of children have built a foundation that prepare them for formalized music lessons. Piano and violin are the two most common instruments to be introduced at this age. Some parents opt for one-on-one private lessons at this time. However, while some students learn better one-on-one, studying in a small-group setting might work better for some students. Regardless which method or type of music lessons one signs up, it is important that parent would practice regularly with their child at home after each lesson.

This article is written by Li-Ling Wang who is a cellist and the executive director of Arete Music Academy. She began her musical studies at age 3.5, piano lessons at 4.5, and cello lessons at 8. She entered Juilliard Pre-college at age 16 and later on received her bachelor and master of music degrees from The Juilliard School.