Who Actually Quits Musical Instrument Instruction Children or Their Parents? 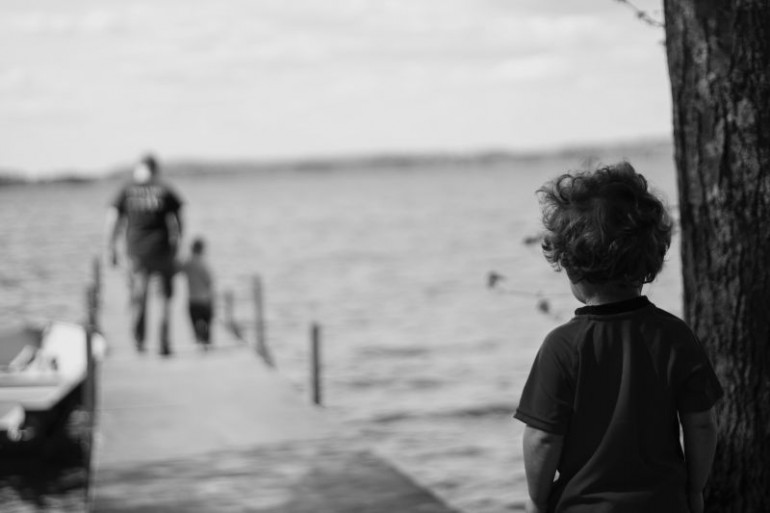 How many times have we heard from adults that they wish their parents didn’t allow them to quit their musical instrument when they were younger?

There comes a time in a large percentage of music students’ lives when they want to quit their instrument — and more often than not, parents allow them to do it. But is the child quitting . . . or is the parent?

I remember wanting to quit the trombone when I was in middle school. Honestly, it’s hard to remember why. It could have been peer pressure, boredom, or something else — but I had my mind made up. I shudder to think of what my life would be like now if my mother had decided to quit as well and give in to my pleas.

Ultimately, it is important to understand that when it comes to music education and other transformative activities that require some grit in order to succeed, most children go through a period of time where they must succeed despite themselves. They must be encouraged and supported through the tough times, not given a pass. It is only at a certain point that children — and parents — can make an informed decision to quit their musical instrument, and that point is usually much later, not sooner, than one may think.

Here are a few ways that parents are the ones that quit music instruction, and some thoughts on overcoming the tough times with our children that are bound to occur:

“I can’t bug my child to do one more thing.” I have heard this line so many times as a teacher and administrator. A parent tells the teacher that their child will be discontinuing music because they haven’t had any luck getting their child to practice, and the “child doesn’t want to play anymore.” In addition, the parent says the child “seems to be over-scheduled and is overwhelmed with the demanding school curriculum.”

There are many things that children need to do that they do not want to do. They don’t want to bathe, do homework, brush their teeth, or do their chores oftentimes. But we as adults understand that we would be teaching them to be irresponsible if we gave in. We also understand that children are not old or mature enough to make many life decisions — but when it comes to quitting music instruction the rules somehow seem to change. The truth is that we can insist our child do “one more thing,” and if that’s really not humanly possible, a curricular activity such as music should not be at the bottom of that list.

Parents have overcommitted their child. Our children are growing up in a time where the U.S. has turned into a society of “overachievers”. Downtime or activities that are perceived to be fun (i.e. music and the arts) are considered wasted time because concrete results are not being measured and money (and a job) is not at the end of the equation. Children have so many choices of ways to “enrich” their lives that quitting has become an easy response to frustration or boredom. Most adults regret many of the things in life that they quit, especially because they could have had stuck it out, reached a good level of proficiency and found that enjoyment that seemed to elude them earlier. Parents need to remember this fact and encourage their children to stick with music instruction for at least two years, if not through middle school.

Parents must remember what their goals for their child’s education are. Perseverance, commitment, loyalty, and grit are all values I hope that I — and my schools — instill in my children. Learning to endure something even when it temporarily becomes boring or unpleasant or when the teacher isn’t the most engaging person in the world is a lesson truly worth teaching. I would argue that the time you let your child walk away from something just because at that moment it doesn’t suit them is the last time you may have any credibility with them about endurance or resilience ever again.

Parents, teachers and students have a misguided view of passion. Parents often talk about helping kids find their passions. When parents allow their children to quit music, we often hear excuses such as, “Music is not where my child’s passion lies, it seems.” But most of the time, passions do not always appear out of nowhere; they are often a result of hard work and dedication — the happiness that comes from doing something well over a period of time. I have spent most of my life reaping the rewards of a life devoted to music, yet in 7th grade I was begging to quit. And there are thousands upon thousands of other children who were not allowed to quit who have gone on to rewarding lives in many fields that would never have been possible if not for their musical education.Your child’s experience with their music studies will shape their adult lives more than you will ever know.

Parents need to embrace the struggle that their children are facing. The reward of performing a piece of music after overcoming obstacles during practice is a great vehicle for parents to teach their children that true growth occurs when we struggle a bit. Learning to deal with struggle yields some of the greatest benefits imaginable over time when applied to other areas of life. But a child’s struggle is a parents struggle as well, of course. There are bad days — and some really frustrating days. There may be tantrums and miserable practices and screaming scenes where you may feel as if you are at the end of your rope. But if you stick with it, your children will have long, enduring relationships with instructors and classmates who will change and enrich their lives. Don’t forget to reach out to your child’s teacher for extra help during these challenging times — I promise you that they will pass.

Your child’s experience with their music studies will shape their adult lives more than you will ever know. They will be different people in the best way imaginable — people who would be far poorer intellectually without music in their life. Let’s not kid ourselves — children quit things all the time. Sometimes it’s even the right thing to do, but sometimes they are simply bored or don’t like the teacher or would just rather do nothing at home — and that is not acceptable or in their best interest over the long-term. Deciding when to let your child quit is a difficult problem that never goes away, but it is safe to say that one year is simply not enough time for anyone to decide whether to stay with musical instrument instruction or not.

Maybe you didn’t study music. Maybe you quit prematurely and you didn’t even realize it — but the road is open to your children, so steer them down it. They will never tell you later in life that they are angry at you for not letting them quit.